Science journalism in the Entertainment Age 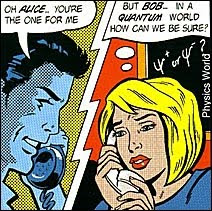 In his essay ‘Science journalism: Too close for comfort’ (Nature, 25 June 2009) the American science reporter Boyce Rensberger analyzes the history of science journalism and distinguishes three ages: the ‘Gee-Whiz Age’, the ‘Watchdog Age’ and the ‘Digital Age’.

About the first two there can be little disagreement. However, to call the third age – our present time – the ‘Digital Age’, tells only something about the technology used to convey science journalism, but nothing about its character. I would call our age the ‘Entertainment Age’. Before I come to explain science journalism in the ‘Entertainment Age’, let’s first go back into history.

What is the ‘Gee-Whiz Age’? ‘Gee-whiz’ means something like amazement or enthusiasm and is thought to originate from the exclamation ‘Jesus Christ! – ‘What a surprise!’ The two decades immediately following the Second World War were, at least in the Western World, years of general reconstruction, industrialization and strong economic growth. Almost of itself, the thinking went, fundamental research would produce a stream of technological innovations – an idea which created a kind of scientific paradise where researchers were given wide freedom and substantial financial support.

Science journalism in the ‘Gee-Whiz Age’ put an emphasis on the wonders of science. Behind it was the idea that science brings progress and prosperity. This is true, but only till the point when our basic needs are satisfied. Simply said, when we have food, housing and clothing, our happiness is more determined by social relations, self-fulfillment and the absence of dramatic changes in life than by owning a new mobile phone or a flat screen TV. There is no evidence that people in the Western World of today are happier than thirty years ago, although we own more ‘stuff’ and have longer life expectancies.

From the end of the sixties both the public and politicians started viewing science in a different way. The optimism of the post-war years made way for a more critical attitude, with research coming under greater scrutiny than ever before. The shift began with the movement to democratize society in general and the universities in particular at the end of the 1960s. It was subsequently reinforced by the oil crisis of the early 1970s, the Club of Rome report Limits to Growth and the awareness of environmental problems. Science journalism entered the ‘Watchdog Age’, as Rensberger calls it: science journalists scrutinizing scientists in the way political journalists scrutinize politicians.

However, what Rensberger doesn’t write is that also in the Watchdog Age, there was still a lot of Gee-Whiz science journalism (may be even more than watchdog-journalism), simply because the majority of people are more interested in knowing, let’s say, what black holes are than in knowing how much money goes into black hole-research and in scrutinizing black-hole-scientists. And this is valid up till today. ‘Gee-Whiz’ science journalism never dies because of people’s natural curiosity about how ‘it all’ works and where ‘it all’ comes from.

And now our present day. Sure, we live in a digital age. Science journalism is moving online. But what about it’s character? As for the Western World, I think that more than ever before the entertainment character of journalism is important. We live in an Entertainment Age and so has science journalism moved into the Entertainment Age. We have busy lives, we have all the material requirements for a life without too many worries, and in our few free hours per day we want to be entertained. Science for fun: A magician showing how he tricks our minds; a documentary imagining the disaster after a super volcano explosion; a story about time travel. The Entertainment Age is characteristic for wealthy, stable societies where technological progress doesn’t contribute anymore to growing happiness.

Is it a bad thing that science journalism is now in the Entertainment Age? Not at all. Or at least, not necessarily. Entertainment can be a great way to convey the messages of science journalism. Entertainment brings emotion and we tend to remember information in an emotional package better. The challenge is to find the right combination of Gee-Whiz-, Watchdog- and Entertainment-journalism, either apart from each other or combined, because a good science story or documentary can also combine all three.
Posted by Bennie Mols at 1:09 PM