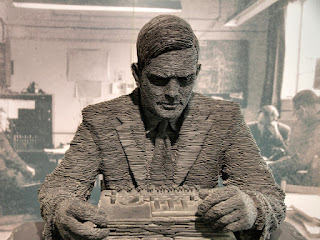 2012 is the international Alan Turing Year, because of the 100th birthday of Alan Turing (1912-1954), the spiritual father of the computer and of artificial intelligence. Click here to get an overview of all the activities worldwide during the Alan Turing Year.

The best online information about Turing's life and work can be found on the website of Turing-biographer Andrew Hodges. 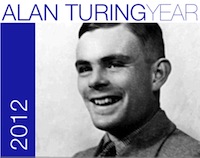 Celebrating Turing’s 100th birthday I have written a popular science book called Turing’s Tango. The book will be published by the Dutch publisher Nieuw Amsterdam in March 2012. (I am going to look for a publisher who is willing to publish an English version of my book. So, if there is a publisher who is interested, please let me know...)

Turing’s Tango is devoted to the quest for artificial intelligence, a quest that started with Alan Turing in 1950. In my book I evaluate what has become of Turing’s dreams, interweaving this story with the story about Turing’s life and work. 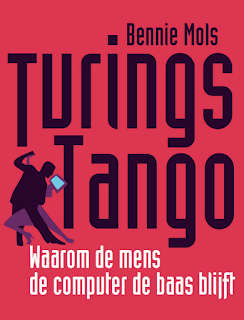 Turing’s Tango is the first journalistic account of the century old quest for artificial intelligence, for machines that can think like man and robots that can act like man. Whereas many people think that computers and robots will surpass man, this book shows that man will stay in charge. In short: Computer intelligence will never exceed human intelligence, because computers don’t descend from the apes.

The dream of Artificial Intelligence in the 50's and 60's can be seen in the best science fiction film ever: '2001 - A Space Odyssey': the conscious computer HAL 9000. However, artificial intelligence has turned out to be very different from human intelligence. We do have Google, we do have automatic pilots, we do have great data mining software, we have excellent robots in the industry and on Mars, but automatic image recognition is still very far away from what humans can do, and the best selling household robot, Roomba, is still far away from the dreams of the 50's:

Computers are much better than man in memory, precision, calculating and data mining. They never get tired and they don't get psychological problems. But humans are much better in learning, pattern recognition and -interpretation (such as image recognition), cognition rooted in the body, social-emotional intelligence, dealing with vagueness and ambiguities, multifunctionality and creativity.

For my book I have interviewed a wide range of scientists, among them philosopher Daniel Dennett, inventor and futurist Ray Kurzweil, MIT-roboticist Nicholas Roy and the neuroscientists Christoph Koch and Henry Markram. The book also contains an extensive time line of Alan Turing's life and work and of the most important developments in artificial intelligence.


I will give talks about Alan Turing and about my book at two Turing-conference in The Netherlands:
Turing's Legacy on March 7, 2012 (Jaarbeurs, Utrecht) and Turing100.nl on October 5, 2012 (OBA, Amsterdam - Organised by the Nederlandse Vereniging voor Logica). 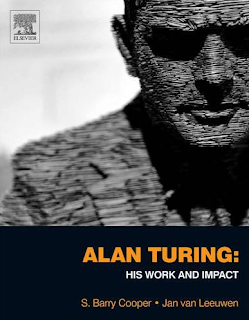 The book contains a collection of all of Turing's scientific papers with comments from contempary computer scientists, mathematicians, logicians and philosophers, such as Stephen Wolfram, Gregory Chaitin, Douglas Hofstadter, Daniel Dennett, Rodney Brooks and the Dutch scientists Paul Vitanyi and Henk Barendregt.

Channel 4 has made a drama-documentary about Alan Turing. Here you can watch the teaser:

[Engelse kadertekst over de prijs]
Computer scientist Bettina Speckmann (1972), associate professor at the TU Eindhoven, is the first winner of the Dutch Prize for ICT-research. On November 30 she will receive the prize, worth € 50.000, for her research in the broad field of the design and analysis of algorithms and data structures, discrete and computational geometry, applications of computational geometry to geographic information systems, cartography and graph drawing. The prize is an initiative of the ICT-research Platform Netherlands (IPN) and NWO Exacte Wetenschappen, supported by the Koninklijke Hollandsche Maatschappij der Wetenschappen (KHMW). The prize is meant for a computer scientist under 40, who has achieved a breakthrough in the field of information and communication technologies. 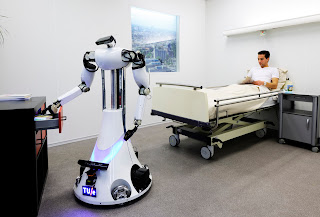