The future of science journalism

Today I have given a presentation about "The future of science journalism" for the Polish Association of Science Journalists.
What is the future of science journalism?
First, I think it starts with taking seriously the expectation that within a few decades all information that can be digitized will be digitized, and that all information will be instantly available anywhere anytime.
Second, I think that science journalism will change from being a product to being a service, and from 'trust-me'-journalism to 'show-me'-journalism.
Want to see the presentation and read more about these ideas? Here is a PDF of the whole presentation.
Posted by Bennie Mols at 11:48 PM

Email ThisBlogThis!Share to TwitterShare to FacebookShare to Pinterest
Labels: About science journalism, Lezingen 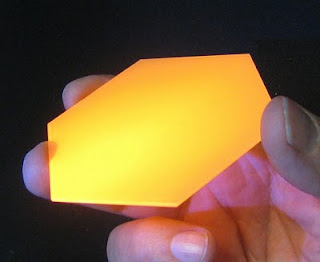 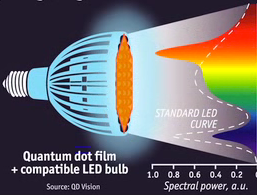 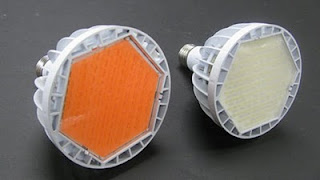 Email ThisBlogThis!Share to TwitterShare to FacebookShare to Pinterest
Labels: Wiskunde 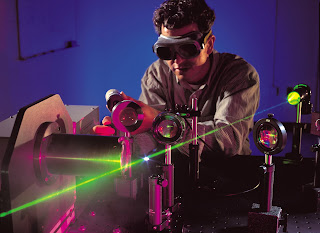 This column was written for the World Federation of Science Journalists (WFSJ). 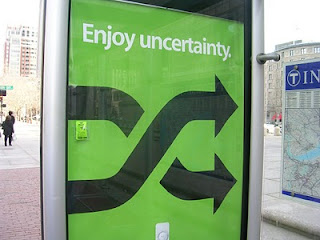 People expect a lot from scientists. Preferably ready-made, unambiguous answers, valid for eternity. But because of science’s critical character and rigorous reality checks of hypotheses, various scientists can give different answers to the same questions. If these questions concern cutting edge research, this is more the rule than the exception. Only after years or even decades of extensive checks, some scientific hypotheses make it into handbook science, that is hardly doubted anymore. But even some handbook science might get overthrown after some time.

Furthermore, even the best scientists at the time can be terribly mistaken. When American physicist Charles Townes in 1951 started to think about microwave amplification by the stimulation emission of radiation – a maser, the microwave equivalent and predecessor of the laser – Nobel prize winner Isidor Isaac Rabi and Polykarp Kusch, who yet was to win the Nobel prize, told Townes that it was impossible and asked him to stop his research. Luckily Townes didn’t stop and developed the first maser only two years later, which won him the 1964 Nobel prize.
The story repeats itself with the development of the laser. Townes’ brother-in-law Arthur Schawlow, who also was to win a Nobel prize, had predicted that it was impossible to build a laser with ruby as a laser medium. The young Theodore Maiman wasn’t convinced and started his intensive research at Hughes Research Laboratories. The Hughes-management however, trusting Schawlow’s prediction, discouraged Maiman’s ruby-research. Maiman stubbornly continued, and in 1960, this year exactly fifty years ago, he demonstrated the first laser…with ruby as a laser medium. The great freedom to doubt the thoughts of even the best scientists led Townes to the maser and Maiman to the laser. Uncertainty in science is a strong stimulus for creativity.
By better understanding the role of uncertainty in science we may better understand what science can and cannot offer society. Uncertainty in science has essentially three roots: in measurements, in data-analysis and in models (both conceptual, physical and numerical). Scientists try to get rid as much as possible from uncertainties, but cannot get rid of them all. Therefore, science is first of all a process that separates the evidently untrue from the possibly true. This is very different from the public perception that science is an encyclopedia of absolutely true facts.
Unfortunately, when people hear scientists saying they don’t know everything, they often conclude that they know nothing, or that one opinion is as good as any other, or that evident blunders in the IPCC-report make the whole report worthless. Uncertain science, however, is something different form bad science. There are degrees in uncertainty, varying from extremely uncertain to virtually certain. Hardly anything in science is absolutely certain. Watch what physicist and Nobel prize winner Richard Feynman had to say on uncertainty: “It’s much more interesting to live not knowing than to have answers that might be wrong...I don’t feel frightened by not knowing things.”