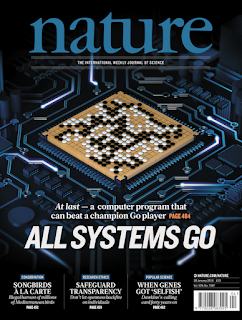 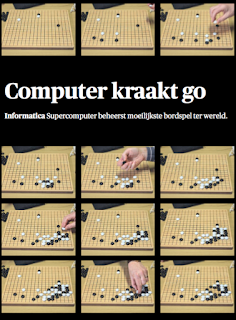 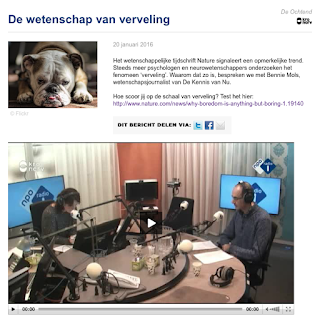 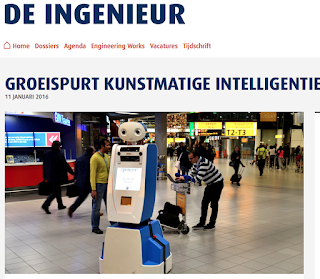 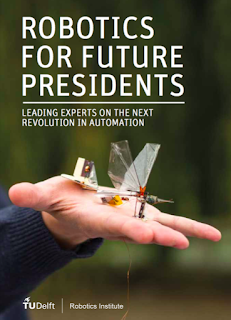 On Friday January 8 the book ROBOTICS FOR FUTURE PRESIDENTS - Leading experts on the next revolution in automation will be presented at the 174th Dies Natalis of TU Delft.

I wrote the book together with Bram Vermeer and Bas den Hond, commissioned by the TU Delft Robotics Institute.

The book consists of interviews with international leading experts in robotics, a view of the TU Delft Robotics Institute on the way the institute wants to contribute to robotics and a historical overview over the field of robotics.

Here is a page from the book, with my favorite quote by Guy Hoffman, whom I interviewed: "Robots that are less than perfect are perfect for us.": 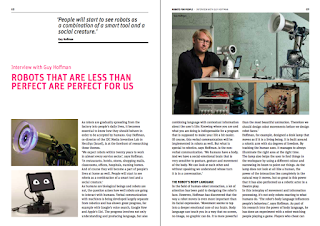 Here are a few quotes from some of the experts in the book:

‘In the short term there will be turmoil. But in the long run there is always going to be a partnership between people and artificial intelligence, be it software, be it robots. People can do things that robots can’t.’
Vint Cerf, ‘chief internet evangelist’ at Google and co-founder of the Internet Society, US

‘As a society we have to mark out in a very conscious way what are the values and the human interactions that we want to preserve.’
Guy Hoffman, co-director of the Media Innovation Lab, IDC Herzliya, Israel

‘Workers on the future factory floor will be working with a robot just as easily as they work now with a smartphone.’
Bernd Liepert, chief innovation officer of KUKA, Germany

‘If you can get a car to drive through California streets with no help from a human – the way Google does it – that’s impressive. But it’s also cheating a little bit. Try Boston in winter, then you can talk.’
John Leonard, professor of mechanical and ocean engineering at the Massachusetts Institute of Technology, US

‘Future rescue robots will be able to dig into rubble to reach people.’
Robin Murphy, professor of computer science and engineering at Texas A&M University, US

‘Robots act with unfailing logic, but we humans don’t act that way. And it’s not clear how – or whether – we should be flexible with that logic to make robots more human.’
Patrick Lin, director of the Ethics and Emerging Sciences Group at the California Polytechnic State University in San Luis Obispo, US

The book can be ordered here. 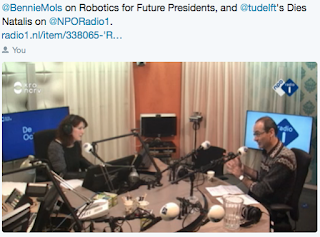