The Arpanet: Celebrating 50 years since ‘LO’

This article was published on April 9, 2019 on the website of the Association for Computing Machinery (ACM). 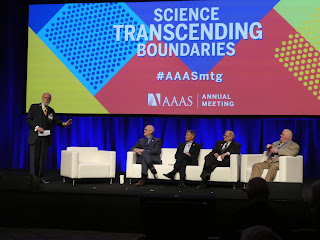 Internet pioneer Leonard Kleinrock starts an anecdote: “What was the first telegraph message ever sent? Samuel Morse sent the words ‘What hath God wrought?’, a sentence from the bible.

What was the first telephone message? Alexander Graham Bell said to his assistant Thomas Watson: ‘Mr. Watson, come here, I want to see you.’

What were the first words of Neil Armstrong when he set foot on the moon? ‘That’s one small step for man, one giant leap for mankind.’

Those guys were smart. They understood how to do PR.

And what was the first message sent over the internet? Only ‘LO’…We wanted to send the word ‘LOG’ from ‘log in’, but the network crashed after the first two letters…”

In this way ‘LO’ became the first successful inter-computer message transmitted from the University of California in Los Angeles to the Stanford Research Institute on October 29, 1969, this year exactly fifty years ago.

Kleinrock tells this anecdote at the symposium The Arpanet: Celebrating 50 years since ‘LO’ at the AAAS 2019 Annual Meeting in Washington DC. The Arpanet was the seed of what would later become the internet, the global system of interconnected computer networks. Kleinrock and four other pioneers, Vint Cerf, Stephen Crocker, Robert Kahn and David Walden, give a detailed account of a magical period at the end of the sixties, when the internet was born, then named Arpanet, after funding agency Arpa. As moderator Vint Cerf puts it: “this is an assembly of ancient dinosaurs recounting their experiences.”

Read the rest of this article on the website of the Association for Computing Machinery (ACM).
Posted by Bennie Mols at 5:04 PM