The role of humans in the digital society 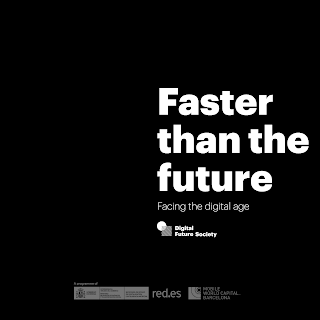 Together with professor Virginia Dignum I wrote a chapter on the role of humans in the digital society for the book "Faster than the Future", published by the Digital Future Society in Barcelona. 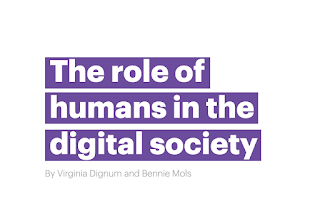 Here is the introduction of the chapter:
From the 20th century inventions of the computer and the internet gradually a whole new set of digital technologies have evolved: algorithms, big data, artificial intelligence, robotics, biometrics, virtual and augmented reality, and smartphone networks like 5G, to name a number of important ones.

Whereas humanity created these digital technologies, in turn these technologies shape society, and even what it means to be human. Digital technologies impact core human values like autonomy, control, safety, security, privacy, dignity, justice and power structures. Technological development is like an evolutionary process in which humans and technology evolve in a symbiotic way creating both new opportunities and new risks. First we create technology, then it recreates us.

The central question in this chapter is how to shape digitisation so that it enables the society that its citizens want. In order to answer this question, we first need to think about the ways in which people are involved. An open, inclusive approach where everybody is welcome to participate is needed to design technology so that shared human values are built in the technology. We need to take into account that people have different cultural, social and economic backgrounds, different levels of involvement and different interests. That causes technology to have different effects on different groups. Consequently, different groups have different needs and views about the role of digital technologies in society. Engineers are those who ultimately will implement technology to meet societal principles and human values, but it is policy makers, regulators and society in general who can set and enforce the purpose.

Each individual and socio-cultural environment prioritises different moral and societal values. That is, which society citizens want should be decided in a democratic process with at its core the individual’s right to self-determination. The implementation of digital technologies needs therefore to consider the socio-political environment it is inserted into. However, a digital technology like artificial intelligence (AI) might impact self-determination by taking decisions that people used to take themselves, which in turn will impact the democratic processes and ultimately society itself.

Dealing with these issues requires a human-centred approach to digital technologies. This means that the leading requirements for digital technology should be: empowering humans, protecting humans and facilitate engagement for social transformation. Incentives for ensuring these functions can be both regulatory or market based.

A human-centred approach also leads to the question of human control in a society in which machines operate more and more autonomously. How much control should humans have over digital systems? In many applications the concept of ‘human plus machine’ is a more fruitful concept than the concept of ‘human versus machine’.
The whole chapter can be read in the book "Faster than the Future", which can be downloaded for free here (DFS Book). 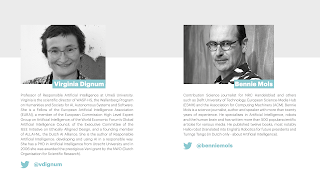