This column was written for the World Federation of Science Journalists (WFSJ)
www.wfsj.org 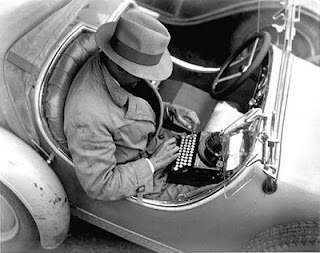 “For a successful technology, reality must take precedence over public relations, for nature cannot be fooled.”

Substitute ‘financial product’ for ‘technology’, ‘economy’ for ‘nature’, and we have formulated the cause of the present day global financial crisis: “For a successful financial product, reality must take precedence over public relations, for economy cannot be fooled.”

The starting quote ends the report of physicist Richard Feynman to the Space Shuttle Challenger inquiry. The Challenger exploded shortly after its launch on January 28, 1986, killing seven people. Engineers had warned before the launch that the so called O-rings were unreliable at low outside temperatures. And on January 28 the launching site had low temperatures. Despite the warnings, managers didn’t want to postpone the launch any longer. They tried to fool nature, the O-rings broke and what follows is tragic history.

Building a Space Shuttle is an art of engineering. And engineering differs from science. Scientists want to understand the world. They simplify a problem till they can solve it. Engineers devise solutions to real problems, thus changing the world. Often they fix a problem without knowing why it works. Trial and error. Nothing wrong with that. That’s what you have to do when the world is too complicated. Engineers deal with the real-life problem with all its dirty traps. Planes not only have to fly when the sky is clear and sunny, also when there is storm and thunder. The science of a flying plane is long known. But engineering a plane is improving every year. It’s the engineer who has to incorporate all the safety aspects in the design of the plane, not the scientist.

The global financial crisis would not have happened if all those innovative financial products were designed by engineers instead of by scientists-trying-to-impress-their-managers-with-fancy-mathematical-money-models. The Americans call them ‘quants’, the quantitative analysts. The ‘quants’ were too much scientist, too little engineers. They had too little feeling for the risks involved.

Of course, not only the scientists-trying-to-impress-their-managers-with-fancy-mathematical-money-models are to blame. Consumers were greedy to buy products they couldn’t buy, and bankers were greedy for selling products and getting high bonuses. But those innovative financial products were clearly very badly engineered.

We, science journalists – as the name tells – concentrate mostly on science. But we too should pay much more attention to the engineering side in our science reporting. It would prevent misunderstanding from the side of the public. A few attention seeking pseudo-scientists claimed earlier this year that the world’s biggest science experiment – the Large Hadron Collider (LHC) in Geneva – might produce tiny black holes that would eat the world in a fraction of a second. They have received more attention then all the LHC-engineering work from the last twenty years all together.

Why we gave a bunch of silly pseudo-scientists so much attention? Because a disaster prediction sells, even if it’s utter nonsense? Why not explaining the difficulty of building this highly complicated accelerator? Think about it: Twenty years of engineering work before the science can start. Can you really expect it to work perfectly from the beginning?

On September 10 a few hundred science journalists were invited to Geneva to hurray the LHC before it had even proved to work as a collider and detector. Protons raced around once in the 27-kilometer loop. There were no collisions, and the energy was much lower than the collider is designed for. Do we hurray something that looks like a plane, but can’t yet fly? No wonder the public was confused to hear that a week after the big hurray, the machine showed some serious problem.

There is much more engineering we, as science journalists, tend to overlook: climate models are engineering models. Here too: there is nothing wrong with that, as researchers have no other option. Let’s just explain it honestly to the public. Climate models are full of empirical rules, and buttons that can be turned left or right, to fix scientific details that we don’t yet understand. But you don’t have to understand everything to produce sound results. That’s what we can learn from engineers.

There is much more engineering in science than we think. And we should better report about it.
Posted by Bennie Mols at 7:00 PM