Meet the Future with Steve Wozniak and Neil Armstrong 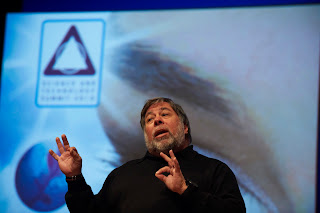 At the Dutch Science & Technology summit Meet the future (Den Haag, november 18, 2010) Apple co-founder Steve Wozniak gave an inspiring speech: "If you really want to have fun, choose for technology. Then you can make something that didn't exist before."

Read more about Steve Wozniak in his book I, Woz.

For all nerds & geeks, click on the play-button below to listen to my audio-recording of Wozniak's talk:

Watch Steve Wozniak & the nerds at the Summit on Dutch tv. 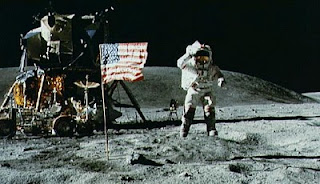 Neil Armstrong, the first man to land on the moon in 1969, and now 80 years old, told the audience that with pleasure he would volunteer to fly to Mars and set foot there as well. He told a fascinating story of how completely unexpected inventions have shaped society during his lifetime: liquid fuel rockets, the transistor, the computer. 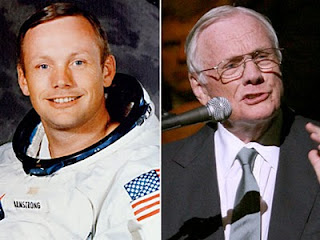 Click on the play-button below to listen to my audio-recording of Neil Armstrong's talk:

Watch here Neil Armstrong's first step on the moon: "It’s one small step for a man, one giant leap for mankind."
Posted by Bennie Mols at 10:30 PM