Day 1 Turing100@Manchester - an impression in photo's, quotes and audio recordings

An impression of Day 1 of the Alan Turing Centenary Conference in Manchester.

Click on one of the photo's to view them all in bigger format. 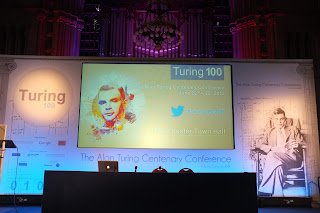 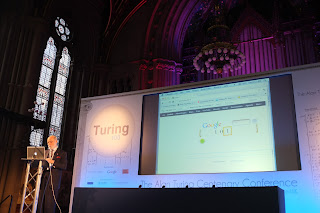 You can also listen to my audio recording of Cerf's talk: 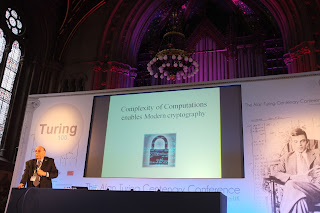 Michael Rabin, Turing Award winner: “The universal Turing Machine shows how the power of a pure idea can absolutely change the world.”

You can also listen to my audio recording of Rabin's talk: 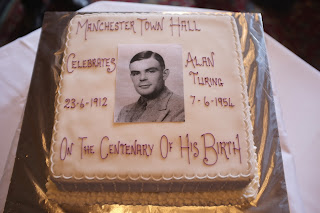 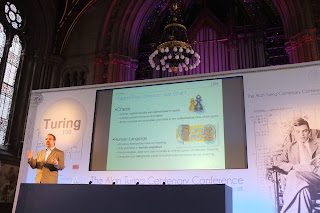 David Ferrucci, leader of the IBM Watson team that won the Jeopardy quiz against the two best human players in 2011: “The Watson supercomputer led to two types of reactions. On the one hand there were people saying: ‘What’s the deal? Don’t computers know everything? On the other hand there were people saying: ‘Beating the best humans in Jeopardy? That’s amazing! People find it difficult to understand what is easy and what is difficult for computers.” 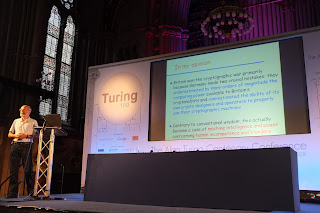 Adi Shamir, Turing Award winner and co-inventor of RSA-cryptography: “The Germans made two mistakes in the Enigma cryptography project. They underestimated the computational power of the Allied Forces. And they overestimated their own cryptography designers and operators. The weakness of cryptography is mostly due to human mistakes or human stupidity.”

You can also listen to my audio recording of Shamir's talk: 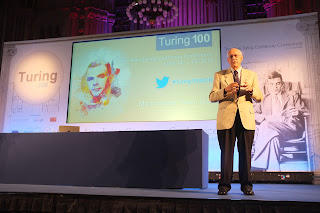 Frederick Brooks, Turing Award winner and the man behind the IBM System/360 (1964): “Turing’s Pilot ACE has had little effect on the design of computer architecture. This is due to a couple of reasons. Turing didn’t publish his 1945-proposal. Turing was not very collaborative. The ACE was finished too late (2,5 years after the Manchester ‘Baby’ and 1,5 year after the EDSAC). Last but not least: Turing didn’t foresee the importance of programming ease, effort and cost. Turing should be credited for many things, but to say that he is the father of the computer is an exaggeration.”

You can also listen to my audio recording of Brooks' talk: 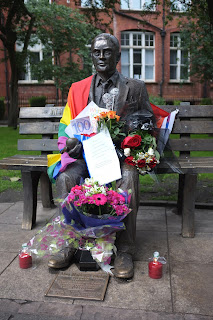 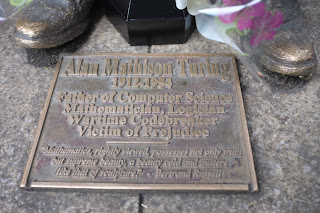 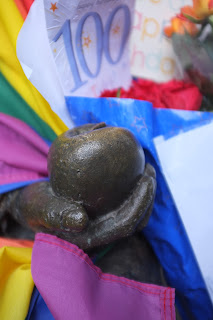 Click here for Day 2 and Day 3 of the conference.
Posted by Bennie Mols at 9:45 PM